From drawing to tiny yellow people without arms, my aunt psychologist, said the yellow reflected my happiness, Armless but people talked about my problem to communicate with others.

What the yellow but I'm not so sure about communicating with others, I attest that it is so.

With few friends and painting much, I keep wanting to finish my high school fine arts. My drawing teacher Benedetti had a lot to do with it, Imagine their importance in my life, but that of 35 years later I dedicate this line.

But sometimes you tranza with life being deceived by a dummy security or promises of a good standard of living and studying Economics term, pulling the idealism of the secondary to the Recycle Bin.

Thank God not empty the trash and do the Faculty in parallel with painting workshops, rare study Economics with brushes and oils. Honestly I was a bad student.

Life takes you, I receipt Counter, I case with Paula, come the boys (Renzo, Gianluca of Chiara) and it seems that the painting disappears, but no ...

Before forty something began to change in my.

The anguish of the Sunday afternoon that Monday was back to the accounting firm was tremendous, the moral and spiritual burden of doing things not too well counter, not want to take more. Those in crisis contexts fallece mi Perra (good, loved her) after my father and then my old (I know they are not comparable) but the idea that life is finite is palpable. One is not in this life forever and if you do things wrong solely responsible for change or not, self remains. And about forty these halfway to you change it or not.

In this crisis is where I come back to painting, thank God and my psychiatrist, probably in that order.

Back to workshops, Daniel Salaverria and my life slowly begins to divide a weekday afternoon or less formal and more from Friday to Sunday token painting appears as my refuge, as the place to which I should never have left. And that division in my, he was doing important.

Everything happens for something, and in that moment of "crisis" (search another word to name but can not find) Georg know Miciu. For me one of the best colorists of our country.

We struck up a relationship with Georg fairly narrow, in different aspects of life, and that, in an afternoon chat, came one of those phrases you face decisions: "You got to burn the ships", "You got that", Georg told me how to close a full day of painting in the Patagonian forests.

At that moment it was as if Rembrandt had praised me a picture!

Too bad the next day was back to accounting firm.

Obviously could not and would not go on living as hitherto, but it is not as easy or as romantic leave everything, Cutting through the system and go live painting in the mountains!

It was (but less) economic security against live what you love, was fees every month against hope that the paintings sold, was ceasing to be what I was asked to be yourself, was followed in those lives "lying" or see what God wants from me.

It was not easy.

Paula support me a lot, not any wife agrees to follow her husband in a change like this.

I admire the faith that I had.

But when you step of Faith, God Bless you, and understand that it is well, or at least it happened.

After many talks we decided to leave everything and go to Buenos Aires San Martin de los Andes to live paint.

Was to burn the ships.

For many friends I was a crazy, for another idol who did something that many people are not encouraged.

Is today that sometimes I can hardly believe it, I thank God every day for that.

Not a romance, no es Heidi, It Ingalls Family, but does not give an idea of ​​such great satisfaction that feels to live what you love to do. 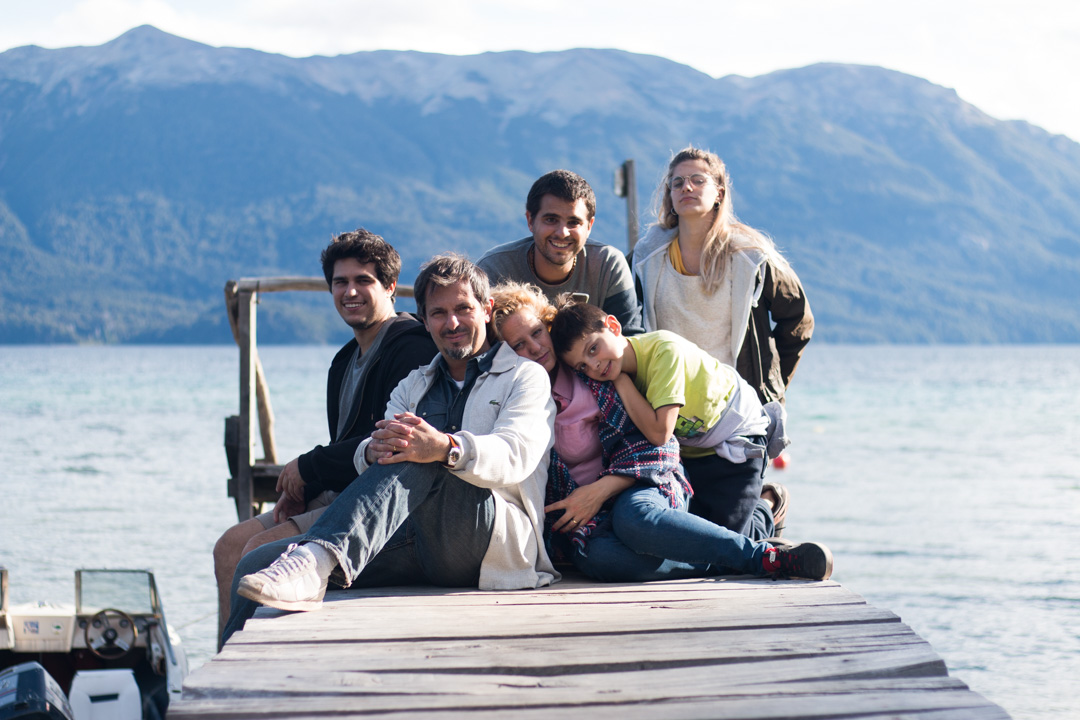